Practica contributes to a cleaner and healthier environment, by providing a complete solution that is easy to maintain year-round. Making our communities a beautiful place to live.

We strive to do what’s right – without compromising quality or customer service. 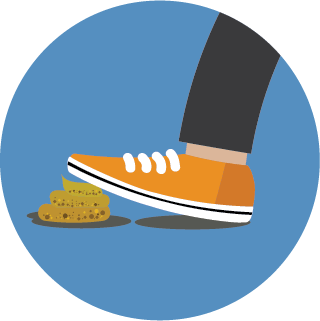 To enable every public place in Canada to be clean, healthy and safe – thanks to the Practica solution for dog-waste disposal. 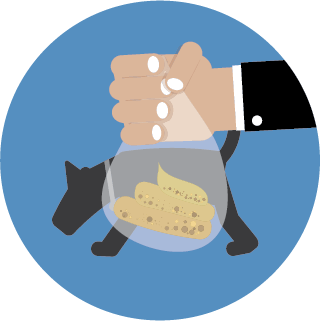 Our business started in 1999, when we went for a walk on a warm spring day. The snow had started to thaw, revealing dog waste that had accumulated over the winter months. The park was a mess… but because we had recently moved to Canada from Switzerland, where dog-waste disposal units are widely used, we knew a solution was within reach.

We were surprised to find that at the time, pick-up bag dispensers weren’t available in Canada… so we developed and patented the Practica product. Since the first sale of the Practica solution, to the City of Burlington in 2000, our dog-waste disposal system has become popular across Canada and in European markets as well. The Practica solution is now available and installed in every Canadian Province and Territory.

Click on our Team Photo to find out more about us.

What is my background? I was working in the Swiss logging industry for over 20 years. I enjoyed every minute being out in the forest and dealing with Mother Nature. Seeing the wildlife and all the beautiful sights that nature has to offer.

Growing up on skis, compared to Canadians that were raised with skates on their feet, I like alpine skiing in the winter and hiking the mountains in the summer time. Fishing and golfing are my favorite hobbies.

I enjoy living here in this beautiful country and calling Canada my home. My goal is to help to keep this country clean and beautiful, and hopefully one day, see the Leafs win the Stanley Cup!

One of my favorite snacks is a plum jam and cheese sandwich! Although it’s really good with raspberry jam too!

I joined the team at Practica in 2016, bringing a passion for customer service and a sales background, but really, like Johnny Cash said, I’ve been everywhere man. I grew up in a rural community, before leaving to receive a University Education. While growing up and going through school I spent a lot of years working in the golf industry and in agriculture. That is where my passion for customer service, animals and the outdoors all began. My sales background came after graduation when I worked in sales for a winery, and then later on in the retail industry. Of course there was some adventure along the way too, as I spent a summer working with a friend in the film industry doing some special FX work as well. While I was seeking new opportunities, I met Henry and Esther, and I knew this was the place for me. Practica isn’t just a company, a workplace, or a team, it’s pretty much family. Between the great working environment and the opportunity to work on making a positive difference in towns and cities across the country, I knew that there was no choice for me, but Practica.

Toronto Maple Leafs fans that say “Oh ya, this is it, this is our year” every single year… at the end of August.

Regular flour found in your kitchen is actually quite flammable given the correct particle to air ratio… or a giant air cannon.

Having worked so many years in banking in Switzerland, I never thought that I would end up in Canada making dog “business”, my business! When we moved to Canada, we were instantly taken by the natural beauty and the friendliness of the people. However, we soon found out, that our Swiss dog Fred did not have the same luxury of doggy bags he was used too. Henry designed a dispenser, searched for a manufacturer for bags and our business was born. Needless to say, it was not easy. It was a long and difficult road to travel, with many hurdles, challenges, and barriers. But here we are, still continuing, and succeeding more and more each day, in our mission to keep open spaces clean.

I have a strong love for all animals and nature in general. This passion over the years has resulted in the adoption of many dogs from the shelters over the years and my support for donkeys at the Guelph Donkey Sanctuary. One animal is an exception though… the mosquitos! Mosquitos, drive me crazy! They always make me itchy and miserable, but unfortunately, I guess they are the animal that decided to love me!

I always wear swimming goggles when I cut onions.

Well our business started with Fred, he was the actual founder in 1998. Moving to Canada with Fred was a joy, until we discovered that there were no bag dispensers as there had been in Switzerland. It was an extremely cold winter, and after a few weeks, we decided to start the business. Being new to Canada involved a language spruce up and an understanding of doing business the North American way, but we knew it would be possible.

Fred, was the founder of our business, not just for his own personal interest, he had to pay back his debt! That was his promise to us after leaving us with a horrendous cost in paying for new furniture, shoes, purses, and burning down our apartment in Switzerland, which resulted in staying with relatives for 3 weeks. We really never knew what to expect when coming home. Since he was such a proud, handsome and well balanced dog, we tried to breed him, but poor Fred was afraid of female dogs and just couldn’t get it figured out.

Fred’s legacy is still visible on every pick-up bag and we will always cherish the time we spent with him. Unfortunately his life was cut short with a disc degeneration, which resulted in lame hind legs, at only nine years. He lives on through all the dog owners who clean up after their pets and help us to keep our country clean and healthy.

Henry and Esther leaving the house without me.

I once destroyed a couch, for a second time after it wasre-upholstered.